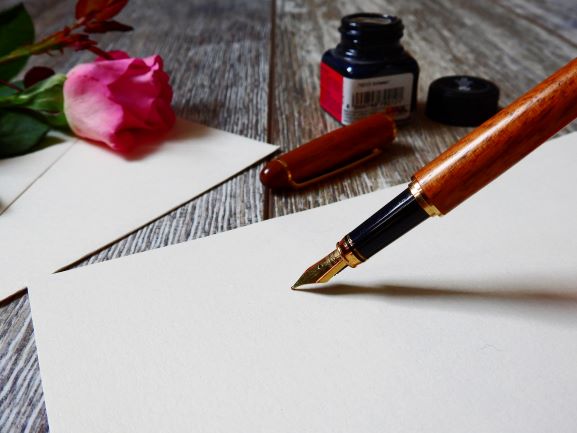 I was thinking about wills a lot recently and asked myself a simple question: What happens if you die without a will in Canada? The answer, as I came to learn, was not as simple as I thought, but it still taught me enough that I now know everyone should get one and keep it up to date.

So what happens if you die without a will? It’s called dying intestate, and here’s something that should (!) make you feel comfortable: Provincial law will determine how your assets are distributed. Isn’t that why you spent a lifetime accumulating your legacy? The provincial government is probably not your first choice for the all-important role executor to your estate.

There are reasons for this of course. If we all knew when we were going to die, I think we would handle life different. Nothing motivates like a dead(pun intended)line! But that isn’t the case

Some people procrastinate about making a will because they don’t like thinking about their own mortality. Some think their beneficiaries are smart cookies and will be able to figure it out, and that there is more than enough in the estate for everyone. Maybe, but maybe not. We’ve already learned how expensive it is to die. Whatever the reason, the one thing I’ve learned by researching this a little bit (maybe a lot) is you need to get over it, and GET A WILL!

It turns out that passing on your estate at death is solely your responsibility. The will is the legal document that must be drawn up if your estate is to pass quickly to your beneficiaries, based on your wishes. Ok, my rant is done.

What happens if a person dies Intestate in Canada?

As we discussed earlier, the laws are  provincially legislated. In Ontario for example, the distribution scheme is set out in the Succession Law Reform Act as follows. If the deceased has:

In Quebec, the rules are different.

So, no matter what province you reside in, GET A WILL.

When is the best time to get a will?

You don’t have to wait until you are dipping a toe into the retirement pool and are converting your RSPs into income (age 71) to start thinking about getting a will in place and securing your legacy either. The irony is that often, younger people are the people who need a will the most, as Christine Van Cauwenberghe, vice president, tax and estate planning with Investors Group Inc. in Winnipeg tells us: “The most important time to have a will is when you have young children, or if you have a dependent – someone who’s counting on you and who would really suffer if something happened to you”.

Maybe you’re the type that can’t wait to leave your career and prefer to skip the toe in the water in favor of the cannon-ball into the deep end of the retirement pool. Good for you! It doesn’t matter. Any age is the right age to set up a will, or bring a current will up to date.

According to KPMG (tax planning), your will’s primary function is to specify where and when your assets are to be distributed. Further, it allows you to provide for an orderly distribution of your assets in accordance with your desires and in a way that minimizes the tax burden on your estate and your beneficiaries.

What are the different types of wills in Canada?

There are a few types of will in Canada and you should know what they are and the differences and/or challenges they may present.

FORMAL WILL: As its name suggest, this is the black tie will (and the one you should get). It involves a lawyer and a couple witnesses. It is simply a typed document signed by you, in the presence of at least two witnesses who cannot be beneficiaries or spouses of the beneficiaries. It is highly advisable that this document be constructed by a lawyer. There will be costs associated with this type of will, but the costs are small when you consider the potential problems a will of this type will avoid. Even if you make a small mistake in the wording, or the will isn’t signed properly. If you’re like most people, you probably complain when you buy a house or re-finance your mortgage that the legal costs are high, but would you rather do it yourself and hope it stands up to a court challenge? This is even bigger. I recommend a Formal Will.

NOTARIAL WILL: Similar to a formal will, this will is used only in Quebec. It is prepared by a notary and usually is signed in the presence of one witness, along with the notary.

HOLOGRAPHIC WILL: This will is not an imaginary 3D will, nor is it from the deck of the Enterprise ship on Star Trek, but the name may well be suited to it. It is usually prepared in your own handwriting and generally no witnesses need to be present. Experts always advise that you don’t opt for a holographic will because they can be subject to misinterpretation and challenges which is not what you want. It is also not a coincidence that some provinces do not even recognize a holographic will as a legal document. Spend a few dollars and then relax.

Another possible substitute is the will kits advertised on tv, or pre-printed forms that may come with our computer software, or bought on-line. They are cheap, but not so much when you measure the savings compared to the legal expenses your beneficiaries may have to pay to settle your estate. Also, if your will isn’t worded properly, some or all of the provisions may be technically or legally unenforceable and non-binding.

That said, if you opt for this type of will until you can afford a formal will, you need to make sure all the provincial requirements are present and that it is filed somewhere outside of your mattress or the freezer in your kitchen.

Considering the consequences of not having a proper will, you only be considering one option. Get a will. It just isn’t worth it to try and cut corners with something this important.

What are the basic components of a will in Canada?

At this point, you should be aware some of the basic components of a will. The following is a basic list compiled by the Canadian Securities Institute.

“A will is a document which is intended to state clearly the intentions of the testator and should include the following basic clauses:

It is also important to recognize and include the more formal requirements of a will and I checked with the Canadian Securities Institute for direction.

Maybe if we dig into a few stories, now that we all agree that getting a will, or bringing an existing will up to date is important, we can look at an example of what happens when someone dies before they’ve had a chance to set up their will.

Let’s say Ichabod, who is a successful pharmaceutical representative, unexpectedly suffers a fatal heart attack at the young age of 36. Ichabod had $12,000 in a bank account, $40,000 in a TFSA (he named his father as his beneficiary), and he had a defined benefit pension, but forgot to name a beneficiary, so the plan had no named beneficiary. He also had a house with a mortgage worth $300,000 in Cornwall, Ontario.

Ichabod had a girlfriend named Katrina, but although they had talked about moving in together, still did not. Ichabod’s parents are both still alive. He has a younger sister, and they are all, understandably, very upset.

Because Ichabod didn’t have a will in place, Ichabod’s parents don’t know what he wanted to do with his assets. Nobody thought Ichabod would pre-decease his grief-stricken parents.

So what happens now? Well, as we chatted about earlier, the province gets to decide what happens when someone dies without a will. In Ontario, the Succession Law Reform Act will distribute the assets according to the deceased’s family situation at the time of death.

Now since Ichabod was single in the eyes of the law, the next in line to inherit his assets are his parents, and they will receive the entire estate. Ichabod’s younger sister is not entitled to anything, but she would be next in line, if their parents had already passed away.

And what about Katrina? They did not live together and were not common law, but let’s say they did. In Ontario, common law is defined as three or more years in a conjugal relationship, or one with a child. Well, Katrina still would not be allowed any part of the assets from Ichabod’s estate, as Ontario law does not entitle common-law spouses to any quantity, division or allocation of the estate if there is no will.

So get a will and relax.